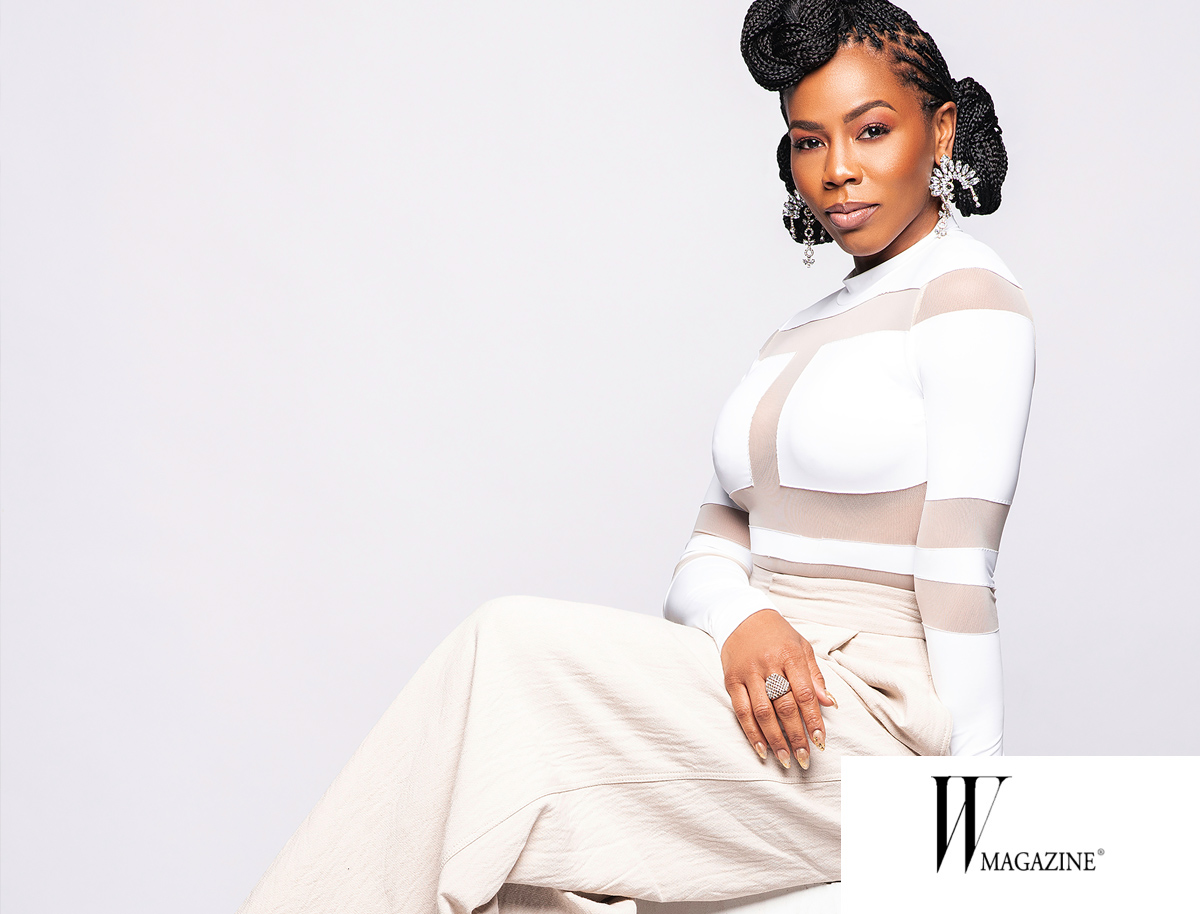 “Let’s keep it real for a minute,” Brandee Evans said over the phone from her home in Los Angeles on a recent afternoon. “I’ve noticed a lot of people are judgmental.”

The breakout star from the new Starz series P-Valley, Evans, who plays Mercedes in the show, was in the middle of discussing what it’s like to give a nuanced portrayal of an exotic dancer. Most of the action on creator Katori Hall’s P-Valley takes place inside The Pynk, and the story centers the people who work there. (The show’s title takes its name from Hall’s play, “Pussy Valley,” and a real-life area in “The Dirty Delta” region of Memphis, Tennessee.) When viewers of P-Valley first meet Mercedes, a ferocious queen bee performer at The Pynk strip club, she’s planning to retire from stripping, her sights set on buying a gym where she can train a teenage dance team. Before she can go, she sets up a final performance to bring in enough cash for the down payment.

“I get so sad thinking of some of the things that, maybe, even I thought before this job because we’re not taking the time to truly know these women,” Evans said. “Everyone has a story, and it deserves to be told. You never know what’s going on in someone else’s life. If you stop and get to know that person, you may realize you’re more alike than you are different.”

Evans sees distinct similarities between herself and the character she plays—both are dancers, both are daughters of preachers. It’s hard to believe that the actress was almost left out of the project entirely. She received a text on Valentine’s Day in 2018 from P-Valley producer Patrik-Ian Polk telling her that they “were looking for a Black girl that can do pole and act.” Evans got in touch with her agent, who said she wasn’t right for any of the roles they were trying to cast. “I got shot down on Valentine’s Day,” Evans said, “But I don’t take no for an answer.”

So, she tried again. She called in some favors from friends in Memphis to get a wig and fix her makeup. She submitted photos of herself dressed the part and was rejected once more.

Then, four months later, after receiving a copy of the script from a friend who pushed her to try again, Evans got in touch with her manager. As it turns out, her manager had asked her months prior to send in videos of her dancing, which she declined to do because at the time, she had decided to leave dancing. Once she realized it was necessary for a role on P-Valley, Evans acquiesced, and sent in videos of herself coaching dance classes, dancing with NBA teams, performing as a professional dancer and choreographer in Japan, and a photo of herself and her father, “because I’m a preacher’s daughter like Mercedes,” she said. In 24 hours she had an audition on the calendar for the next day, which meant she had even fewer hours to learn all of her lines.

At the last minute, she realized she also had to come to the audition with a dance routine. “I wanted to do something different, so I Googled myself—I searched ‘Brandee Evans Ne-Yo’ to find a routine that I taught for a Valentine’s Day special,” she said. “It involved a chair, and I was like, no one else is going to do a chair routine, they’re going to think ‘stripper’ and they’re going to want to twerk or do pole. I’m going to be different and do a slow routine in a chair.” The plot worked, and she secured the part.

She flew to Atlanta to start filming, and brought her mother, who has Alzheimer’s and multiple sclerosis. “That was very difficult, but I wouldn’t trade it for the world,” she said. “I still take care of her to this day, and will, until her last breath—or mine.”

Evans had an unconventional journey to becoming an actress. Her career flourished precisely when she was the English department chair at a high school, and coach of a dance team. “I was good at teaching. My kids were scoring very high on their exams,” she explained. “I liked it, but I didn’t love it, if I’m being honest. I wanted to love it.”

A couple weeks after telling her best friend on the phone, “I really wish I could live my dream,” Evans suffered a stillbirth. Shortly after that, her then-husband (now ex-husband) was deployed. And then she lost her job coaching the dancing team she had just brought to victory at nationals. “It was like, how in the world does all this happen? I felt like my whole life came crashing down,” Evans said. “So I took a vacation to L.A. to dance with a choreographer. That turned into a tour. I wrote my resignation letter to the school board on the Lil Wayne tour bus on July 29, 2009.”

She traveled the world, dancing on NBA teams, opening for Lil Wayne, and coaching in various countries like Japan, which she considers to be her favorite place. “I have a dance team called the Golden Hawks there and I’ve been there 17 times,” she said. “I still work with those ladies, and from time to time we work via Zoom as well.”