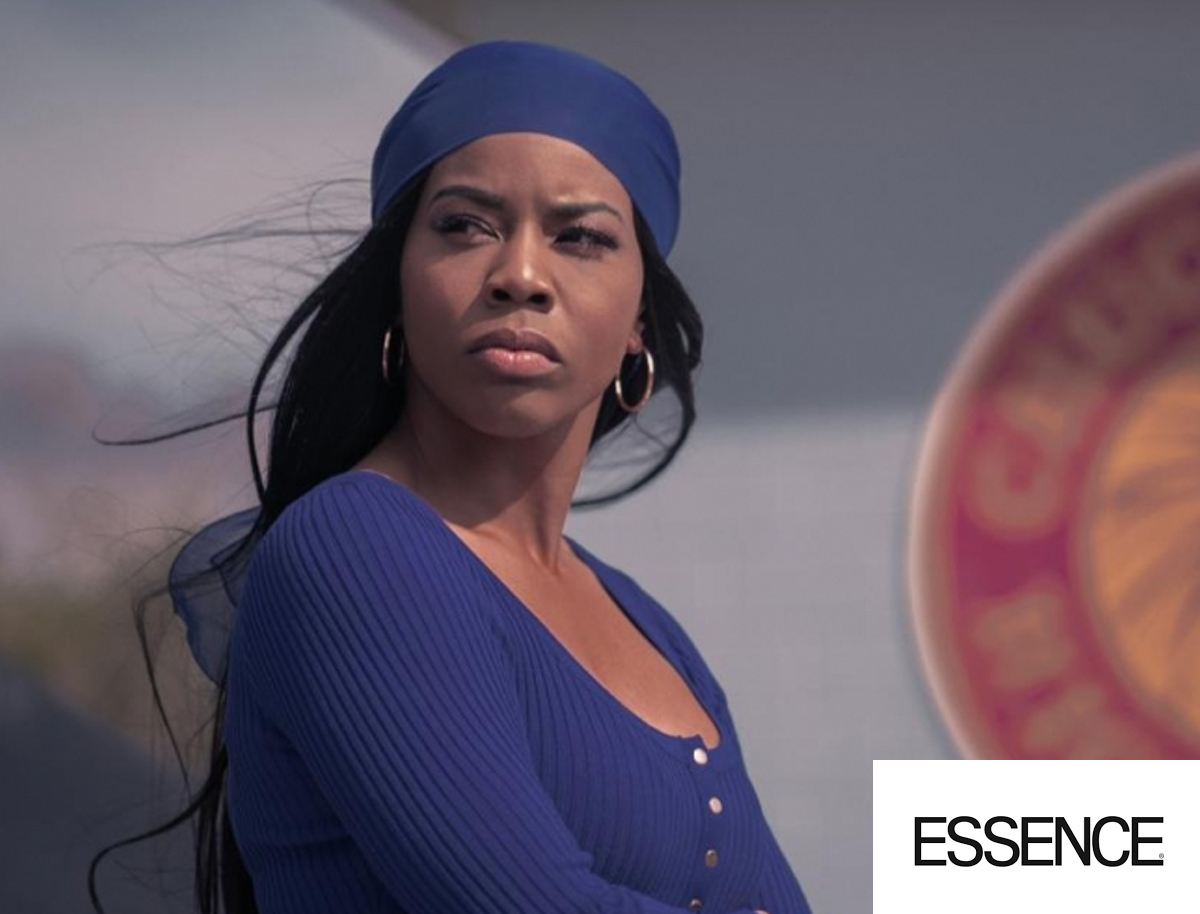 A string of bad luck nearly made this teacher turned actress quit, but she had too much in common with this fan fave to give up on her dream role.

Before Brandee Evans transformed into Mercedes, the take-no-sh** OG pole dancer on P-Valley, she had 13 acting credits (over the course of eight years) to her name, one of which was a one-liner in 2017’s New Edition Story. Evans knew the NE rolewould lead to another. It did. Robi Reed, casting director and VP of Talent & Casting of Original Programming at BET, fought for Evans to get shot as Tina Brown (Bobby’s sister) in The Bobby Brown Story. Prior to landing those popular biopics, the Memphis beauty’s parts were so small that “if you blinked you missed me,” she says, chuckling at the memory during a Zoom call.

Nailing those one-liners led to a starring role in the Starz network’s binge-worthy show. Now, Evans is responsible for pages and pages of dialogue, including sharing sage wisdom as the dancer with 20 stacks to slide her way out of the spotlight. Because as Mercedes told Uncle Clifford (Nicco Annan), the owner and HBIC of The Pynk strip club, “25 is the age strippers retire.”